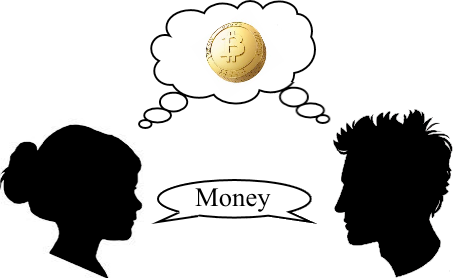 “What is time? If you don’t ask me, I know – if you ask me, I don’t know”. With this poetic expression, a thousand and some centuries ago, Saint Augustine [1] expressed a simple fact: there are some things that cannot be understood objectively because they are constituted by the subject itself. Augustine was talking about time, but other things can also be analysed using the same approach. Games are a good example: indeed, despite the fact we all play games, if someone asks “what are games?” or “what is play?”, each of us would probably have difficulties to answer. In this article we will see how games are established, and what are the similarities and the differences from establishing social institutions such as money, marriage, laws, fashion, and governments. Some recent keywords in human sciences, such as “gamification” and “serious gaming”, can lead us to suppose that institutions are just big games. For example, stock markets might come very close to roulette or poker; the power hierarchies of corporations might be seen as role-playing games; and bureaucratic activities could be represented via Tetris [2]. Despite this, stock markets are very different from dolls and ring-around-the-rosey games, corporations have nothing in common with football or crosswords, and bureaucracy is not related to Super Mario Bros [3].

In the past scholars have used games as metaphors of the society and even reality, yet most of the contemporary philosophers adopt narrower points of view. The contemporary approach is necessary if we do not want to do as the mathematical game theorists Von Neumann and Morgenstern [4], who openly admitted that their use of the word “game” was just metaphorical. One of the narrow non-metaphorical views is the social ontology of John Searle [5], that is the study of things that exist only inasmuch a social group believes in their existence. As an example, money, fashion waves, customs, and laws depend on the sharing of beliefs. The formula of these social institutions is “X counts as Y in C”: a physical object (X) has social value (Y) in a social context (C). Social ontology applies only to societies where actors share a language that could influence the behaviour of their members, providing them what Searle defines as “desire-independent reasons for action”, for instance duties. Institutions cannot exist if actors are not able to communicate: without sharing the understanding of a constitutive rule, i.e. a prescription with a form of descriptive statement (e.g. “this piece of paper is a ten dollar banknote”), it is not possible to share the value of an institution (e.g. money). Two social groups that do not share a common language or cannot communicate by an exact translation, cannot share an institution. This is why a community like a beehive cannot be regulated by institutions: a queen bee is not really a “queen”: the former is only a metaphor used by humans to express a non-human state of things.

According to Gregory Bateson [6] and many other social scientists, institutions require a passage from iconic language to symbolic language: icons are signs that mean exactly what they are (a dog showing her or his teeth is angry), whereas signs of symbolic languages show meaning with a reference (the word “apple” does not look like a real apple). Therefore, symbolic languages allow communication in descriptive and conceptual ways as well (e.g. “the apple is not a poisonous fruit”). Many researchers of cognitive science distinguish “fiction” from “imagination” (see Sutton-Smith [7]; Yablo [8]). If imagination is the faculty that represents objects which are not perceived by the subject, then fiction is an activity in which the subject projects imagined objects onto a perceived object. This distinction is useful also in arts: according to Kendall Walton [9], what artworks represent depends on the cognitive acts of the audience, their “make-believe games”. Fiction always needs to be “played”, because characters and other fictional objects are not just what we can see on the screen (for a movie) or on the page (for a novel), but they are the result of our interpretation. In the same way, Donald Winnicott [10] and other psychologists (e.g. Vygotskij [11]) define toys as “transitional objects” that allow children to play. The experimental data of Michael Tomasello [12] and Hannes Racokzy [13] show that such “fictionalized” acts are developed during the ages of 6 to 18 months, and that they forge both descriptive languages (“this is an apple”) and prescriptive descriptions of institutions (“this is a banknote”, “this is your wife”, “this is forbidden”). If these mental activities are considered games that we play, then games are at the origins of the institutions that constitute our society. Still, they display a difference.

As we have seen, an imagined object can be projected onto a physical object by the act of fiction(alizing). The paradoxical engine “X is not X but Y” is the basic formula of social ontology. In the beginning, this formula is used for playing with toys (“this broom counts as a horse in our game”), but very fast it is moved to construct institutions (“this piece of paper counts as money in our exchange”). Games and institutions are created in the same way, but the fiction of the former is opposed to the reality of the latter. Why?

We can distinguish two main ontological layers in games: the fictional layer (e.g. the fiction of a character) and the physical layer (e.g. the doll that functions as a prop). Dolls, avatars, paper pages and other toys are physical props that stimulate the user to construct fictional characters in a make-believe game. When the player begins her fictional activity, she suspends her disbelief (“dragons do not exist”); and when the fiction ends or becomes painfully too realistic (see Noel Carroll [14]), the player exits from the fiction by suspending her make-believe (“dragons do not exist”). Fig. 5. In red the fear, in green the sense of control.

The figure above displays the reaction of a subject in front of a real lion (1), in front of a real lion in a cage (2) and in front of a fictional lion (3). Why the reactions are so different? In the second image the subject has physical control of the object, whereas in the third image the control is symbolic and this allows the subject to feel fear without a need to escape. This also marks the difference between games and institutions. As we have seen, social objects exist only if a social group believes in their existence and value. Fictional objects, in turn, exist only if a subject pretends their existence and value – normally against her beliefs. I can play with a fictionalized object or a game only if I am aware that its existence depends on my interpretation. This “meta-awareness” is hard to project on real social objects such as money, marriage and laws. In a sense, institutions work better if the involved social actor does believe that they exist independently from one’s personal intentionality. Johan Huizinga [15] saw games as separate practices from other activities. A sport like football, for instance, has physical props like the ball that stimulate the construction of rules and fair play. The same is true for computer games, which may portray props that are designed specifically for playing (e.g. Tetris blocks, Super Mario sprites). In every game there is a fictional frame that the player applies in order to suspend her disbelief about her presence. Fiction is always involved also in computer game play. Thus,while human-made artifacts like machines may participate game activities, they cannot be considered real players: in the famous chess match between Garry Kasparov and Deep Blue, only the champion was playing [17].

Bernard Suits [18] encouraged us to change Ludwig Wittgenstein’s motto “don’t think, look” into the more participative “don’t look, play”. This, however, is not enough in understanding games: we need a double epistemic tool that looks at the activity from both in-game and out-game points of view. From the out-game point of view we notice that gaming depends on social agreements, which are very similar to those used for the creation and maintenance of institutions. From an internal point of view, in turn, we can see that institutions lack our acts of fictionalizing, on which games are all based.

Ivan Mosca is researcher in Game Studies, Philosophy and Media Studies for the University of Turin, Italy. He is
member of Game Philosophy Network, In Gioco, Labont, Consulta di Bioetica, and Bioethos.